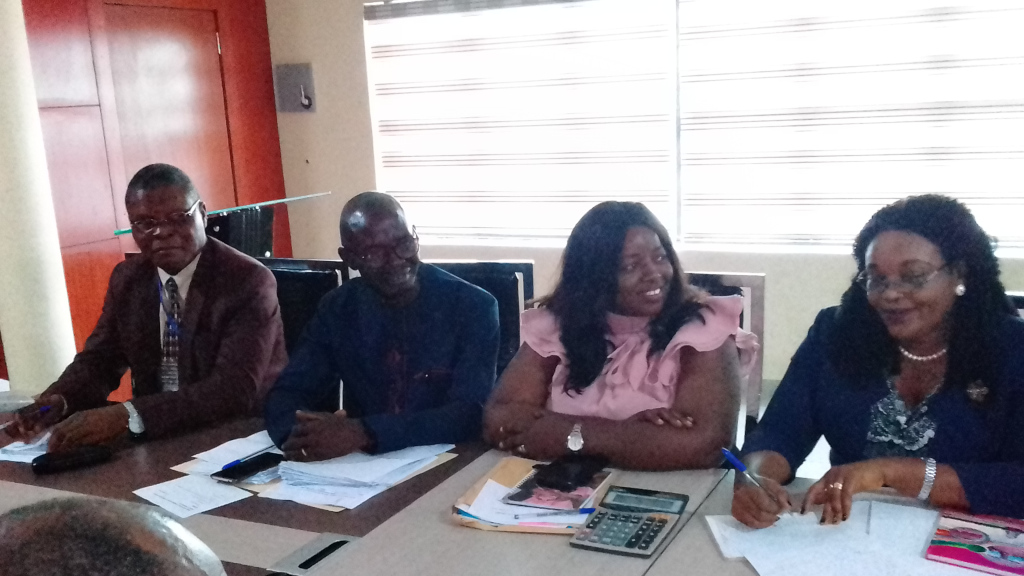 The Chairman of Akwa Ibom State Primary Healthcare Development Agency, Dr. Martin Akpan, says Governor Udom Emmanuel, has laid a solid foundation for quality and sustainable healthcare delivery system in the state by the establishment of the Agency.

Dr. Akpan, who stated this in his address during the Agency’s inaugural meeting with Directors of Primary Healthcare in the State, said that as a man who has the vision of having a healthy citizenry, the Governor, has positively changed the health sector with digitalized modern health facilities in the state.

While appreciating the Governor for addressing the age-long yearnings of the people by the establishment of the Agency, Dr. Akpan, enjoined all stakeholders to join hands with government to build a strong health sector that will deliver high quality, efficient and equitable health services to the people.

The Agency Boss, who described the Directors of Primary Health as pillars and key players in the health sector, informed the gathering that the National Primary Healthcare Development Agency Scorecard Assessment Team, who were in the State recently to assess the level of implementation of Primary Healthcare Under One Roof, were impressed with the achievements so far recorded by the Agency.

Dr. Akpan, also used the occasion to intimate the Primary Healthcare Directors that the Report of the Task Force on Migration of Personnel and services from the State Ministry of Health and Local Government Service Commission to the Agency was ready and expressed the optimism that government will soon release a White Paper in that regard for the Agency to be fully capacitated to discharge its mandate, adding that the Agency is currently fine-tuning plans towards conducting a baseline assessment of the primary healthcare sector in the State.

The State Primary Healthcare Development Agency helmsman, enthused that with the implementation of Primary HealthCare Under One Roof policy, fragmentation will be a thing of the past in the sector. He then called on development partners and the private sector to complement the effort of government by funding the initiative so that the over 400 primary healthcare facilities in the State could be revitalized and repositioned for effective healthcare delivery to our people especially at the grassroots level.

Speaking further, Dr. Akpan informed the primary healthcare administrators that the current national strategic thrust for delivery of PHC services in Nigeria is the Ward Health System, which emphasizes the use of political wards as the catchment areas to target PHC interventions, and stressed the need for the directors to engage the communities in their various areas of jurisdiction and get all their operational structures including the Ward and Village Development Committees up and running. He used the occasion to express, through them, his appreciation to the Local Government Council Chairmen for responding promptly and positively to the Agency’s call by setting up the Local Government Health Authorities in their domains, stressing that the move will fast-track our effort to leverage support from the Federal Government.

In her contribution, the Executive Secretary of the Agency, Dr. (Mrs) Eno Attah, expressed her appreciation to the Primary Healthcare Directors for their commitment and dedication to duties even in the face of daunting challenges and urged them not to relent as succor will soon come their way.

Earlier, the Director of Health Services at the Local Government Service Commission, Mr. Clement Edem, had vouched for the directors, insisting that, given the enabling environment, they are always readily available to carry out their assigned responsibilities just as he, on their behalf, pledged continuous co-operation, loyalty and support to the Agency and state government.

Present at the interaction were members of the governing Board of the Agency, Elder Sampson Onyeawaji, Akparawa Michael Bush, Hon. Isaac Ukutt and Prince Okon Attang as well as the Directors of Accounts, Mrs. Mfon Essien, Administration, Mrs. Regina Udoukpo and Planning, Research and Statistics, Mr. Lawrence Obo amongst others.